Home / News / Oncology and beyond:
broadening the market for CSAM Cytodose

Widely used across the Nordics for almost two decades, the medication management system for cancer treatments has retained trust and relevance through constant improvement. Now CSAM is getting ready to extend its capabilities to other use cases

The prospect of cancer treatment can be as frightening as the cancer diagnosis itself. The outcome of chemotherapy has elements of uncertainty, and the side effects can often be severe. For patients who embark on this difficult journey, confidence in the chosen treatment path, and – more crucially – in the team that will provide the care, is paramount.

The effectiveness of any treatment depends in large part on how well it is managed: the right drug at the right dose has to be given at the right time to the right patient. 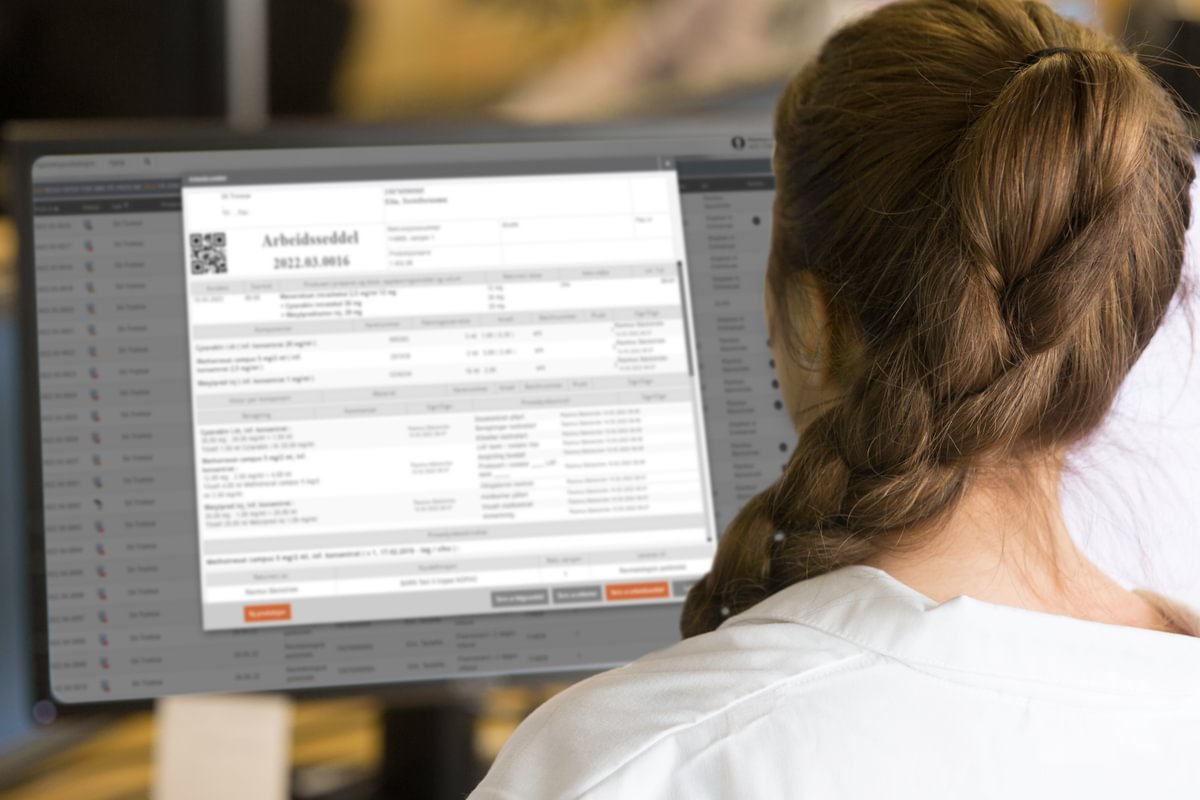 A lot has to happen for this to go right, and it doesn’t always. In 2008, a Swedish paediatric hospital lost a patient through an overdose of chemotherapy medication. In the aftermath of this tragedy, as part of a drive to shore up patient safety, the hospital started using CSAM Cytodose, the leading medical management system for oncology treatment in the Nordics.

Almost 15 years on from introducing the solution, the hospital still deploys Cytodose which, in step with medical advances and in response to feedback from practitioners, has changed considerably since then.

“But the core purpose remains the same,” says Rasmus Bäckström, the CSAM Application Specialist for Cytodose. “To drive out inefficiencies and error by digitalising the critical workflows of oncology treatments, and to add functionalities, often at the request of our customers.”

Although Cytodose was conceived to serve only oncology physicians, it now captures the actions of all treatment practitioners.

“We have a system that is split in three parts,” Bäckström explains. “The prescription part where the doctor orders the chemotherapy treatment. Then you have the production part. That’s the order for the pharmaceutical compound of the medication. Then you have the nurse administration module part which constitutes a digital worksheet for the nurses to sign off when they are administering the pre-defined treatment to the patient. Here the nurse can make adjustments according to set rules for permissions and previous configurations.”

The system offers decision-making support for prescribing clinicians, especially around protocols based on the diagnosis and treatment of the many different types of cancer. In Sweden there is a repository of protocols comparable to the Systemic Anti-Cancer Therapy Protocols (SACT) used by the National Health Service in the UK. “The protocols from the Swedish repository can be downloaded and imported into Cytodose via XML,” says Bäckström, “which means new treatment protocols can be created and shared quickly and easily.” 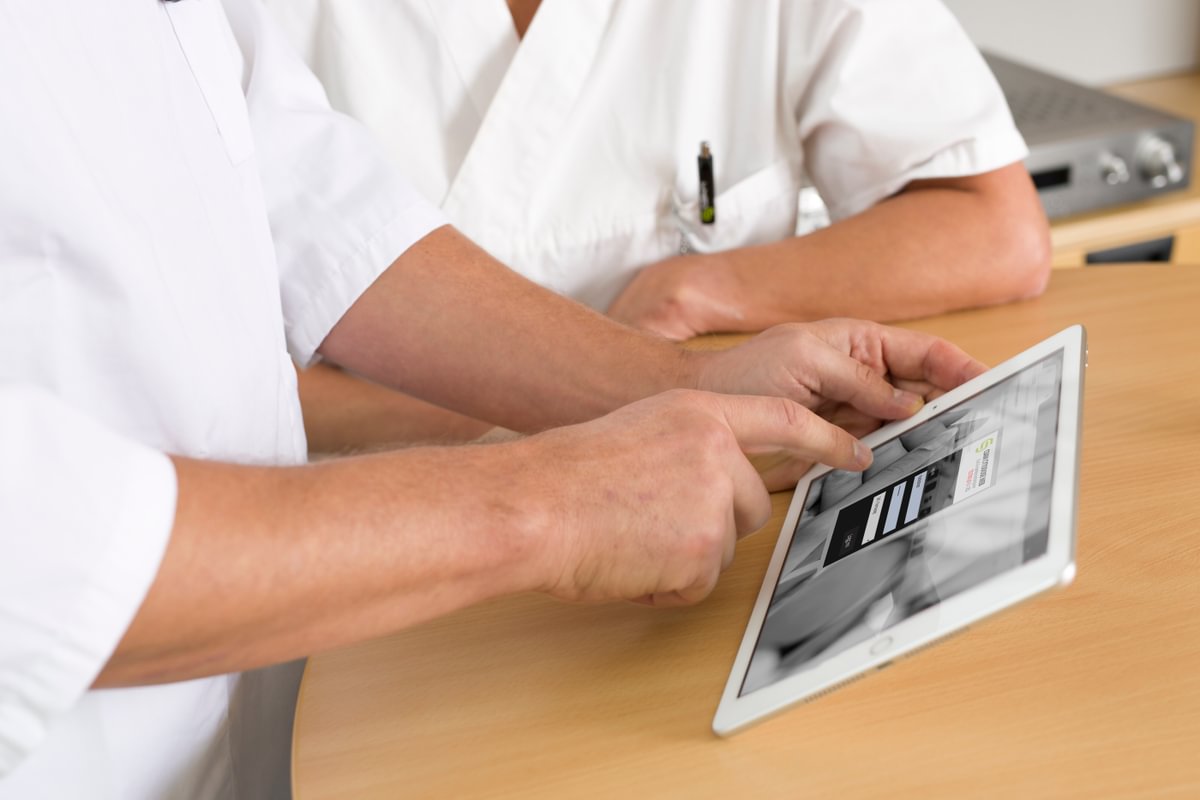 The protocols set out the treatment plan and calculate the correct dose automatically in line with certain patient parameters, most commonly body surface area or renal function. “The clinicians will of course make adjustments,” Bäckström explains. “A patient might not respond to a specific treatment so they would go to the second-line treatment, for example. So, protocols can easily be adjusted during the course of the treatment, but clinicians should basically follow a template of treatments.”

The order reaches the pharmacy on Cytodose, “and not scribbled on some piece of paper”, ruling out the vulnerability to error during manual input, with information being mis-read or mis-transferred as it passes from doctor to pharmacy and from pharmacy to nurse.

It is the interconnectedness of the system that enhances patient safety. For hospitals to get the optimal benefit of CSAM Cytodose, implementation of all three parts of the solution is recommended. For hospitals with outsourced pharmacy production, Cytodose also has the possibility to both send production orders and receive back data, ensuring interconnectivity. 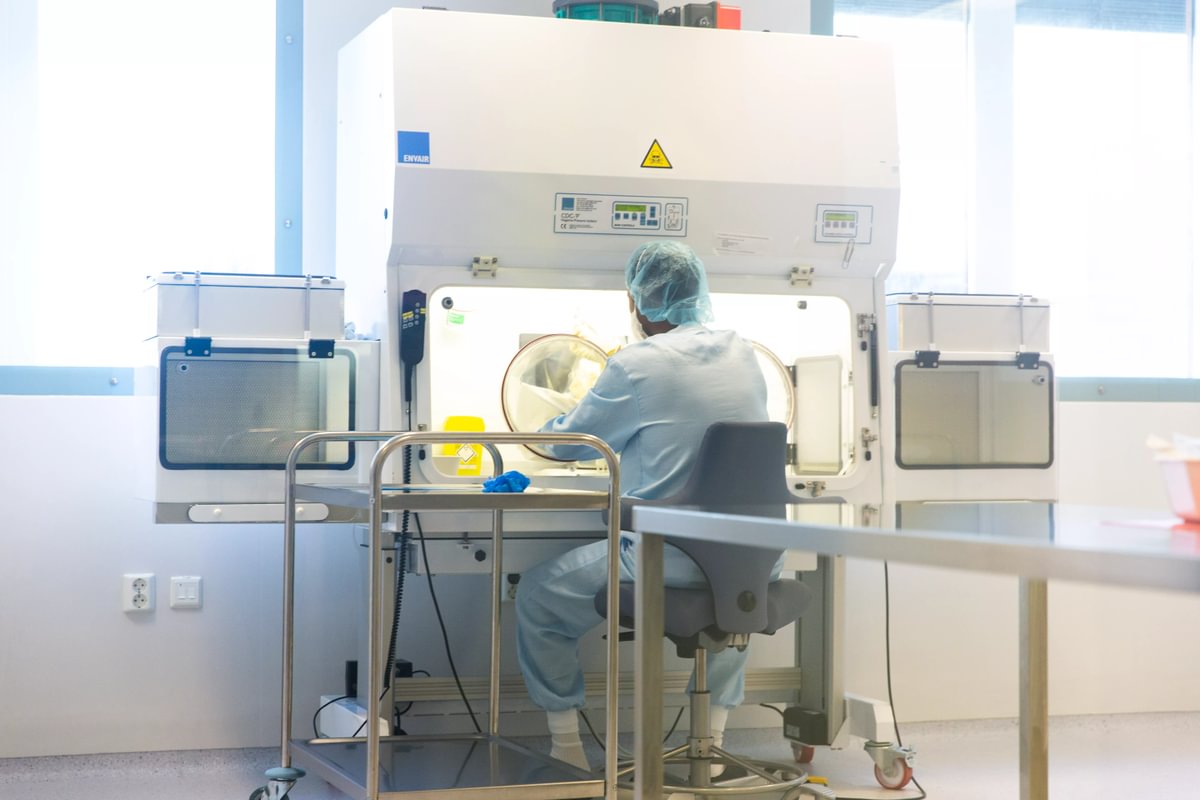 In some cases, where prescribing doctors don’t have Cytodose, they send paper-based prescriptions to the pharmacy. This causes extra work and uncertainty for pharmacists who then fall back on manual input as they transpose orders from paper prescriptions into Cytodose.

Bäckström says: “What we are seeing in Sweden is that hospitals are bringing compounding pharmacies ‘in-house’ to ensure continuity and long-term investment in the production capability. For Uppsala University Hospital, who already had implemented the Cytodose platform a decade earlier, it was a natural choice to also utilize the pharmaceutical production module at the hospital pharmacy. They closed the loop, so to speak, and the overall course of treatment became less prone to errors and more efficient.”

There are straightforward workload benefits to linking pharmacies and nurses on a single platform. Without Cytodose, nurses often called the hospital pharmacy to check if an order had been prepared. With CSAM Cytodose, they can simply follow the status in the system.

“That doesn’t sound like a huge change,” says Bäckström, “but some hospital pharmacies process upwards of 20,000 orders a year, with several productions for each of them. That’s a lot of potential phone calls. Cytodose is used by a majority of Swedish health regions and in mid and western Norway, and the system has completed millions of orders since it became available. So overall the impact on workloads has improved considerably.”

Recent improvements and additions
Before he joined CSAM Cytodose in 2021, Bäckström was a compounding pharmacist himself, so he has detailed expertise and hands-on experience in the functional requirements and workflow of hospital pharmacies.

A recent improvement to the system has been the development of a web-based pharmacy module of Cytodose. Bäckström adds: “By switching to an electronic workflow you digitalize the production process and communication, and the audit-trail is archived so it’s easily retrievable in the system.”

Some pharmacies are even robotising the compounding process for certain types of medications. Cytodose production orders can now be integrated with compounding robots, thus alleviating the operator of some manual workload, and reducing errors.

Another new capability is a patient-based application for home medication. “That’s called CSAM Care and we are planning a pilot,” says Bäckström. “It’s based on a customer’s requirements; they wanted a better way for outpatients to get better and up-to date instructions on how to take their own medications, typically tablets at home.”

CSAM Cytodose is by far the largest vendor of system support for oncology treatment software in the Nordics, but Bäckström still sees commercial opportunities in the “home markets” of Sweden and Norway. “It’s this shift I mentioned earlier from outsourcing pharmaceutical functions to bringing these ‘in-house’ which means hospitals will need improved support for compounding oncology and other types of medication.”

Cytodose is not yet in use in European markets outside of the Nordics, but commercial opportunities are opening up as health authorities abandon the idea – really, the dream – of an overarching system that would digitalize all their data and processes. Oncology medical management would only ever be a small cog in such a huge machine, and not offer a complete solution. What clinicians are demanding instead are more specialized and flexible “best of breed” bespoke solutions for different areas of healthcare, and CSAM Cytodose fits that bill completely.

“What’s important is that Cytodose is and remains a trusted solution. We will leverage this trust to extend its use cases, but we can continue to go from strength to strength with oncology.

“As medical oncology advances, and treatments become ever more complex and multifaceted, the need for CSAM Cytodose can only increase,” concludes Bäckström.