‘Sometimes we get to help save lives’

Svetlana Karpoviče, project leader at CSAM Health Analytics, has been personally and professionally inspired by the clinical trials she has helped set up

Svetlana Karpoviče does not do things by halves. She has four cats, including a white stray called John Snow, but she also volunteers at an animal shelter in Vilnius, Lithuania. Swimming is another passion, and for Svetlana that means a swim in the Baltic Sea, even in winter. “Especially in winter,” she laughs. “I am driving out to the beach on Easter Sunday, and the sea will be cool but probably nowhere near as cold as I would like it!” 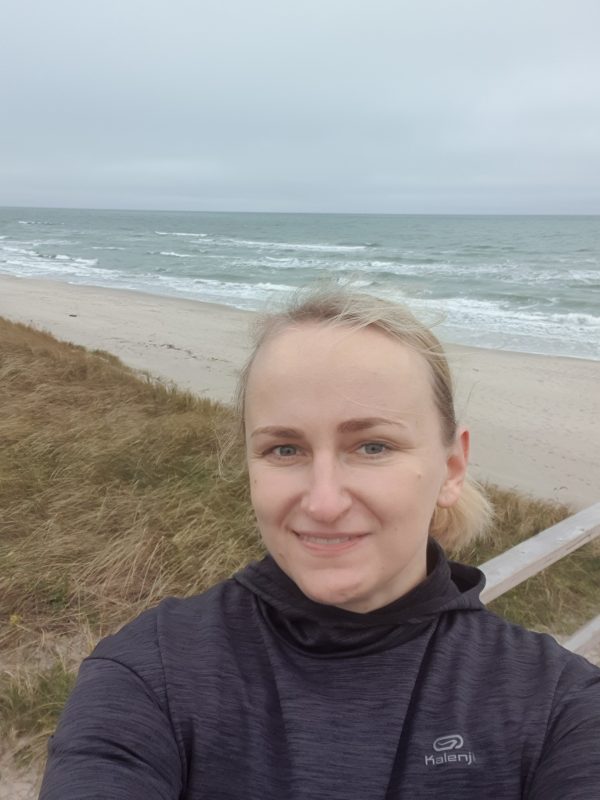 Svetlana also goes all out in her job. For the past 12 years, she has been a software developer – now project leader – at CSAM Health Analytics, the clinical studies hosting service known as MedSciNet before it was acquired by CSAM in 2021.

“I only worked at one other company before,” says Svetlana, “and they did projects for MedSciNet. I liked what MedSciNet did technically, but I also knew the company was about a lot more than just IT. That is why I joined and that is why I stayed: there is a lot of job satisfaction.”

Svetlana has a degree in computer sciences from Vilnius University. “My background is very technical,” she says, “basically, I do not have a lot of medical knowledge.”

But with her typically positive and can-do outlook, Svetlana sees this as an opportunity for growth.

“When you work for clinical trial projects it’s interesting to immerse yourself in the medical issues and background. The research I do which gives me a deeper insight into the importance of our work at CSAM Health Analytics.”

One such important project was to conduct Phase I/II clinical trials for a stem cell treatment to improve the health of children diagnosed with severe osteogenesis imperfecta, better known as brittle bones disease.

“The idea of trial is not to treat or cure the disease completely, but to improve the condition of the children by reducing the number of fractures which they have throughout their lives,” Svetlana explains. “Most of our projects are very meaningful in this way, not just for me, but for most people working here.”

There were two groups in this trial that received stem cell treatment. The postnatal group will receive four infusions after birth up to 12 months of age. The children in the prenatal group will receive one stem cell infusion before birth followed by three infusions after birth. Data was also collected for a comparison group of children with OI type 3 or severe type 4 who had not received stem cell infusions.

“What we did is create an event-based online database for information about the mother, the child, and the production of the stem cells. The administrative layer of user accounts and permissions is very important because most of these trials are international or multicentred, as was the case here.”

The integrity of the data is crucial. “We don’t only help up you collect and store data,” says Svetlana, “we also help with the quality of data by creating validations that make it impossible to enter incorrect data.”

Endorsed by the NHS

Medical research can be painstaking and incremental, with few clear-cut “results”.

“But there are exceptions where trials that we’re involved with change clinical practice,” says Svetlana.

One of the most memorable examples of this was a trial for a new type of blood test for pre-eclampsia in pregnant women, led by King’s College, London. The trial showed the efficacy of the placental growth factor blood test in cutting the average time to diagnosis from four to two days.

“Pre-eclampsia can be life threatening to mother and child if not treated early so this was the kind of result that saves lives,” says Svetlana.

As a result of the trial, the NHS decided to make the blood test much more widely available.

“This was so inspiring,” says Svetlana. “The outcome of this trial was amazing for me.”

King’s College is currently undertaking a follow-up study to determine the effect of repeat PIGF-based testing. The trial involves more than 15 maternity units across the UK. 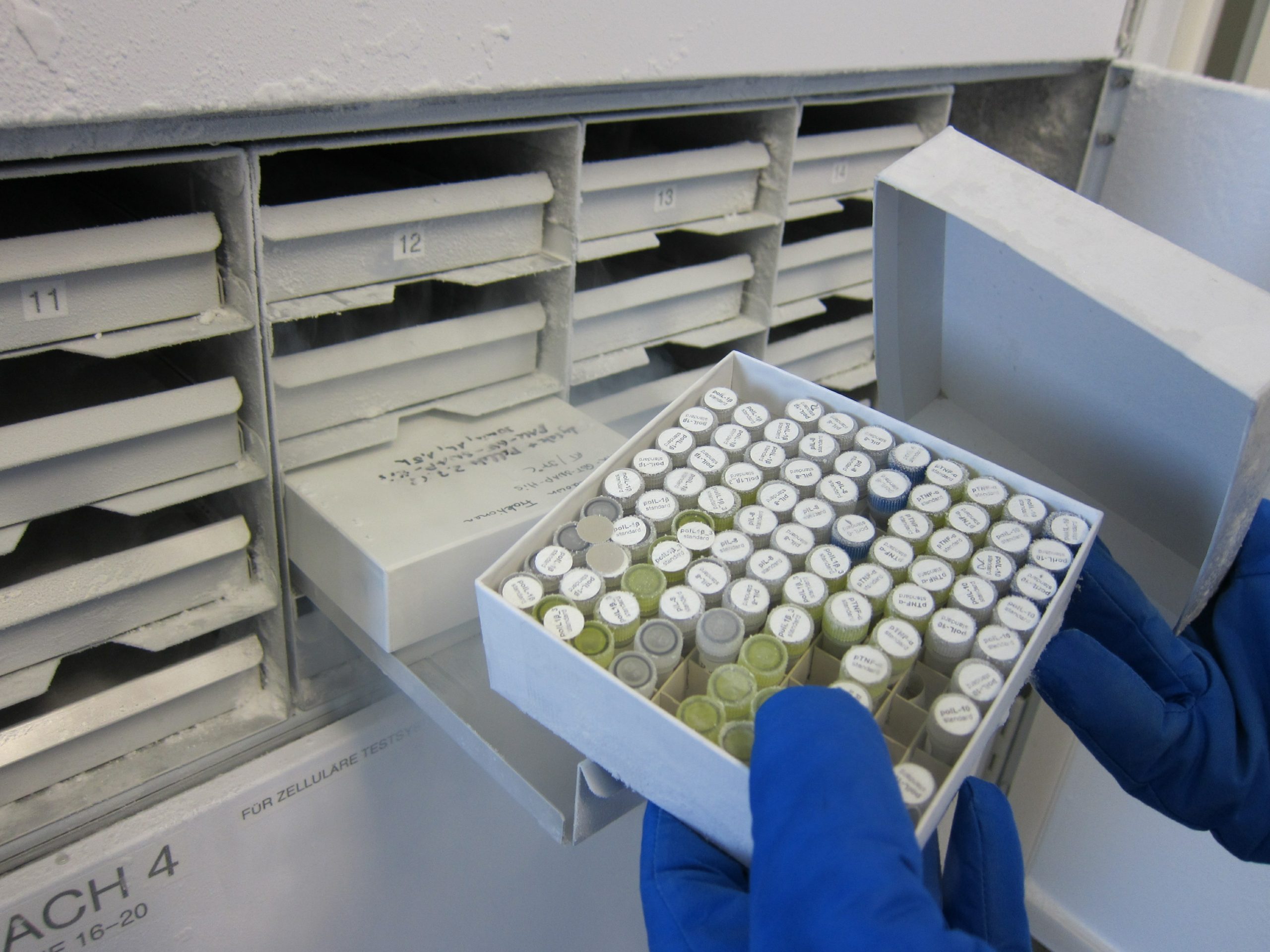 From registry to diagnostic tool

Trials run for set periods: a year, two years, seldom more than five. One of CSAM HA’s other areas of expertise, registries, are much longer term. “I have been working on what is called the KUB risk assessment data base for more than 10 years; it was one of my first projects here,” says Svetlana. “We provided not just the initial development but also the support and maintenance of this project.”

KUB is a test carried out early in pregnancy to determine the probability of the foetus having a chromosomal abnormality, such as trisomy 13, 18 or 21.

“The database is not exactly a registry,” explains Svetlana, “but more of a product in its own right, a diagnostics tool.”

For example, ultrasound and biochemical testing are used in combination to assess the risk of trisomy 21, or Down’s syndrome, with the tool developed by MedSciNet telling the mother with a high degree of probability whether her baby is affected.

The algorithm underpinning the diagnostic tool was developed by one of the original owners of MedSciNet, a Swedish professor of obstetrics. The expertise built up in this area since 1995 under his stewardship means that even now the bulk of Svetlana’s projects is related to pregnancy.

“At the time I was pregnant myself we were working on a registry for Twin-to-Twin Transfusion Syndrome, which is a very rare disease. And then I had twins myself!”

The creation of biobanks

Svetlana was instrumental in the creation of CSAM HA’s third product arm: biobanks. This grew out of a project to develop some metabolomic and proteomic biomarkers to detect pre-eclampsia.

“This was an international study and the freezer system in the biobank facilities was markedly different in every trial location. We had to develop something that would be clear and intuitive yet flexible enough so any hospital could use the system without any modifications. Because obviously they wanted to have all data in one place.”

The first idea was to colour-code the sample caps and corresponding data fields. Blood serum caps were red, logically enough. The other sampling categories were serum, plasma, hair, and maternal whole blood.

The second innovation was to use a scanner that could record a full cryobox in one operation, “up to 96 samples at once”. Not only is this much quicker than scanning samples individually, it also cuts down on human error.

“The scanner was of course not our idea,” says Svetlana, “but it’s the integration of this scanner in our system that improves the quality of the biobank.”

It is testimony to Svetlana’s thoroughness that this database is still being used to today, 10 years after she first created it.

We could have discussed many other amazing projects. A glance at the map plotting where MedSciNet is referenced in scientific publications reveals a huge reach: from Sydney to Sierra Leone, from Stockholm to Seattle.

“Every project is different, and you learn something new from all of them,” says Svetlana, “and this keeps me motivated.”

The acquisition by CSAM presents new opportunities. “CSAM’s emphasis on Health Analytics represents a slight pivot to us,” Svetlana says, “a move from pure data collection to data visualisation and analysis. We hope to get more projects of this nature going forward.”

Whatever the future may hold for CSAM Health Analytics, you feel it is in safe hands with leaders in their field such as Svetlana. Combining technological expertise with intellectual curiosity and compassion, she is a great ambassador for the CSAM brand, where technology serves our goal of making people live their healthiest lives.